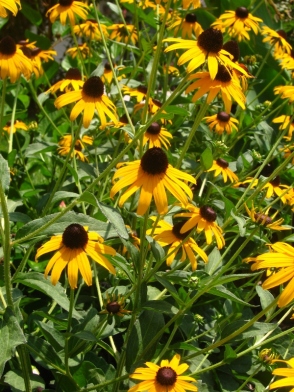 One of the things that surprises me about the campaign season which just passed is the amount of fear that was revealed.  In many ways, it is a political candidate’s job to highlight our fears.  Fear is very persuasive; if a candidate can get us to fear the other person, then we have a powerful motivation to vote for that candidate.  With enough fear, we might even be willing to overlook the candidate’s mistakes, inconsistencies, and disconnect from our own values and visions.

This level of fear fascinates me.  It is not normal.  Most of the time, most people I know do not allow those kinds of fear to motivate them.  People I know have faced really scary times:  illnesses, job losses, divorces, the death of loved ones, the kinds of situations that make a person feel like the floor has dropped out from under them.  They have faced those situations with amazing courage, hope, trust, and faith.  But when the campaign was on everyone’s minds, those same people were decrying the damage that would be done by the other candidate if he was elected.  These people who have been through so much allowed pictures to form in their minds of mass poverty, of anarchy, of oppression, and of all manner of other world-ending forces of evil.  O.k., so maybe I exaggerate.  But I am struck by the ways that courage, hope, trust, and even faith were so easily pushed aside in the sweep of the campaigns.

As a gardener, I have had days when I have looked at the future and seen it as bleak.  I remember when I was getting ready to get married.  My soon-to-be-wife and I had shared a particularly joyful time as we began dating which involved Black-Eyed Susans.  So, she wanted them to be featured prominently in the bouquets of flowers carried by our attendants.  The problem was that Black-Eyed Susans were not available from any florist; they are considered by that industry to be wild flowers, and therefore beneath the dignity of such professionals.  But I was a gardener, albeit a bit of a newbie, and Black-Eyed Susans would be in season around the time of the Big Day, so why not get them from a nursery and grow them myself?

About a week before the wedding, we found some beautiful plants, full of blooms, at a local nursery.  We bought four of the plants, giving us way more flowers than we would ever need.  I brought them home, planted them at various places throughout my yard, watered them, and cooed at my bride about what a beautiful wedding it would be.

Two days later, though, I checked on the plants, and they were a wilted disaster.  The leaves drooped.  The flowers bent and sagged.  The whole mess was starting to lose its colors. I was devastated and afraid. I was afraid that the wedding would be ruined.  I was afraid that my bride would have to carry grocery-store carnations with shame on her face.  I was afraid that my marriage was over before it even began.

I don’t want to trivialize the fears people expressed in the weeks leading up to the election.  I am a gardener, not a farmer; I work the land from my place of privilege, not from a need to feed my family.  Therefore, my fears about the health of my flowers compare not at all to the fears of people who honestly believe their security and livelihood is in jeopardy, except in one way.  As a gardener, I have come to learn that no matter how many things I do the wrong way, and no matter how many times I fail to do things the right way, and no matter how many times things don’t go my way, none of it will prevent beauty from blooming in the world.

The fact is that the president just isn’t that powerful.  Congress isn’t that powerful.  Beauty and generosity and compassion and grace will bloom and grow no matter what party has persuaded the most people to check its boxes in the voting booth.  As a Christian, I believe the world was created in beauty and generosity, the world was saved with compassion and grace, and the world will end in the same ways, too.  But the fear which the candidates stirred up in us to get our votes will prevent us from seeing that beauty or generosity or compassion or grace.  Fear distracts us, and makes us forgetful, and clouds our vision.  Such things can only be seen with hope, trust, faith, and even courage that has helped us overcome fear before.

I warily told my fiancee about the Black-Eyed Susan debacle, and it turns out she is not shallow.  She assured me everything would be just fine because, no matter what else, we were getting married.  And then, I drenched the droopy plants with water, and a little while later, they were as perky and bright as ever.  It seems that Black-Eyed Susans are notoriously unhappy when they are transplanted.  Their roots take a while to overcome the shock of being disturbed and adjust to their new location.  In the mean time, they have to be watered well, and eventually, they will be just fine.  After a week of daily watering, my friend Marc and I went out early on the morning of my wedding day, cut the stems of glowing flowers at the base, put them in pitchers of water, and delivered them to the church building, where I knew my bride and her friends would find them and arrange them into bouquets worthy of the joy of the occasion. 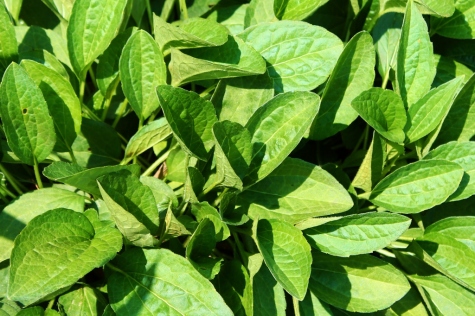 Today, it was time to water my flower beds.  I knew it was time to water because the leaves on the Black-Eyed Susans were wilting.  There is nothing new in my life about Black-Eyed Susans wilting.  Exactly one year before our wedding, my now-wife and I went for a walk in an area near my house in Boston.  It was a very large tract of land in the middle of the city that had been laid out for a housing development but then abandoned.  Black-Eyed Susans were growing wild all over the place.  They were even growing in cracks in the asphalt which had been laid down for roads, in that way which has illustrated desperation and perseverance for writers and painters and photographers and other artists ever since asphalt roads were invented.  We pulled a couple of the wildflowers out, roots and all, and took them back to my house, where I planted them in the yard.  In the ensuing week, I learned through experience that the kind of Black-Eyed Susans that grow wild do not like to be transplanted.  Ever.  Although those wildflowers died, a year later, when we got married, my wife’s bouquet included mostly Black-Eyed Susans because that day was such a happy day for both of us.

In my most recent church newsletter article, I echoed Lillian Daniel’s recent work on the Spiritual-But-Not-Religious crowd.  Among the accusations against these folks is the label of shallow.  But there are plenty of believers whose faith could be described as shallow, if we are going to get into the business of judgement.  More to the point, I sometimes worry that my faith is a bit shallow.  I do not lack for knowledge, but my faith disciplines are not all they could be.  I could pray more, but I just don’t always feel inclined. I could do more spiritual reading, but so much of it bores me.  I could be less shy about talking about the Good News than I am.  There are a thousand other ways my faith could be deeper.

But how?  How do I cultivate deeper faith?  The wisdom of the gardening experts seems to be that, if you want deeper roots in your plants, you have to give your plants more water but less often.  You are better off watering your lawn once a week for an hour than watering it six days a week for ten minutes each day.  That way, the roots have to work a little harder.  They spread deeper to find the water that hasn’t evaporated out of the soil yet.  They spread wider in search of refreshment.  Water less often and more deeply.

And I wonder what that means for my faith.  Maybe immersing oneself more deeply but less often is one way faith grows deeper.  Maybe faith can get stronger when it is allowed to dry out a little bit.  Maybe it can grow deeper when it has to work hard, and wider when it has to explore to find refreshment.

That is certainly not the only way faith grows deeper.  The common wisdom these days is that faith deepens through regular spiritual practices:  reading scripture or engaging in prayer as a daily discipline, for instance.  Or finding a way to worship with a certain pattern each week.  Or committing to acts of service on a regular schedule. But I wonder if, for some people, in some circumstances, the opposite is true.  Maybe getting out of a routine, and suspending the habits, and withholding the spiritual things which surround some of us all the time would be a better way to grow deeper.

Right now, I am a pastor, employed by the church to preach, teach, counsel, administer, and visit with others during my working hours.  I am immersed in the church and in matters of faith each and every day.  Even though some of my own disciplines are not all they could be, I don’t have to stretch very far to find an opportunity to engage my faith on any given day.  I wonder if those are not the best conditions for deepening my faith.  In this season of my life, I am convinced I am called to do that work, and I do it joyfully.  But that work is not what will deepen my faith, at least not right now.

What will make my faith grow deeper are those more rare times when I get to be immersed.  Those times cannot be predicted or controlled.  Sometimes they happen when I go away to a continuing ed event or go on vacation.  Sometimes they just happen when I take a walk in our neighborhood with my wife, and we witness perseverance, and we pick some of the abundant wild flowers, and we have a happy day together.  But those times of being immersed don’t happen for me because, in my desire to be better, or in my guilt for my lack of discipline, I commit to some new daily practice, at least not right now.  Those times of immersion are simply gifts, and they come only when someone points the working end of a garden hose in my direction.

Water more deeply, but less often.  I’ll have to think about that.

What Else You Can Find Here

What I Write About

Content and photos copyright 2020, Eric Beene. Unauthorized use and/or duplication of this material without express and written permission from this blog’s owner is strictly prohibited. Excerpts of text and links may be used, provided that full and clear credit is given to Eric Beene with appropriate and specific direction to the original content.